When I asked Brad for an interview, I knew it wouldn’t be the easiest one, and for the first fifteen minutes or so, it wasn’t. But once I stopped asking questions he didn’t want to answer and instead, asked him what he wanted to talk about, we had a fascinating conversation.

You’re a math teacher. Why math?

Math is structured, ordered. It’s predictable and logical. Emotionless. I like that. I was drawn to it in high school when my life… It was chaos. Blake was doing what he could to take care of me and Burke, but Burke was being a total asshole, and Blake had a job and this responsibility for two teenagers. Math became my refuge, the one steady, dependable constant in my life. It was my happy place and it still is, aside from Miles and Charlie.

You were Charlie’s teacher once. What was he like as a student?

[smiles] He was amazing, even back then. He didn’t have the self confidence that he has now, but he was so kind and sweet, even back then. I wasn’t in love with him back then, but he sure was one of my favorites.

Why did you feel the need to stress you weren’t in love with him?

Because people think I was perving on some innocent teenager, and I wasn’t. I genuinely didn’t think of him like that. He was a child, for fuck’s sake. Besides, I don’t love easily. It’s hard work to love me and it’s just as much work for me to love someone else. It just doesn’t come natural to me like for some others. Indy, for example, is someone who has so much love inside him. I dare you to meet him and not fall in love with him one way or another. He’s… He’s fearless, and his heart is so fucking big. I’ve never met anyone like him. Josh is different, but the same in that he just loves so freely. 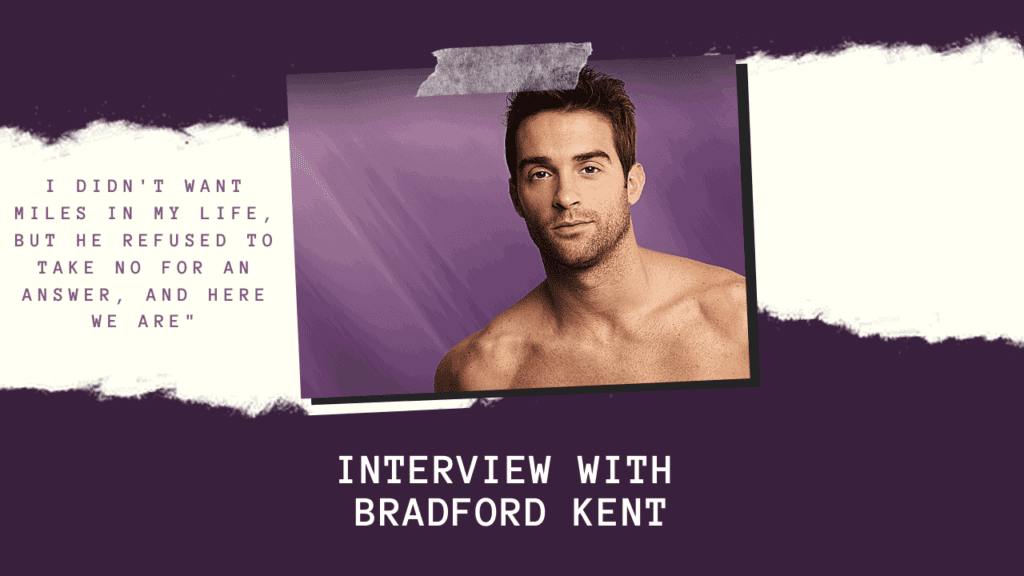 Is Miles someone who’s easy to love?

[frowns, clearly thinking about this] For me, no, but I think for others, he is. He was just pushing my buttons so much that he scared the fuck out of me. For years, I had an effective strategy to keep people at bay. They could fuck me, yes please in fact, but I didn’t want them close to me emotionally. That was my plan with. Miles as well, except… let’s just say he doesn’t do well with being told what to do. For a former federal agent he’s surprisingly resistant to authority and hella stubborn. I didn’t want him in my life, but he refused to take no for an answer, and here we are. [laughs uncomfortably]

Has being with Miles and Charlie changed you?

Yes. Oh god, yes, so much. I know it’s hard to believe considering I’m not exactly Mr. Sunshine right now, but before I was with them, my world was so much darker. I’ve always been amazed at how well Nora picked the titles for our books because they so completely fit us. Indy doesn’t have a filter, not in what he says and not in how he behaves. What you see is what you get, and it’s amazing. Josh is… I’m the furthest thing from a sappy person, but watching him loving Connor and Indy and Noah is just the best thing ever. His love knowns no limits. It just keeps growing. And Aaron… He and I aren’t super close, but he’s become really good friends with Charlie, and I’ve loved seeing the fear that once dominated his life slowly disappearing. And for me…

What does that word mean to you, shame?

It defined me. It was hard to see it when I was in the thick of it, but shame ruled my life. I felt so ashamed of who I was, of my body, my medical issues, my sexual needs, even of the wounds of the past. All of it weighed on my like a constant load I had to carry. That’s so different now. I’ll never be carefree and sunny because that’s just not how I’m wired, but I’ve managed to fight back that demon of shame.

No unicorns and pink, sparkly fluffiness for you?

[shudders] Fuck, no. No offense, Nora, ’cause I know you’re into that shit. My soul is still way too dark for that. I mean, it’s not like I’m all happy and carefree now. I’m not and I’ll never be. The traumas I carry—and you have no idea how long it took me to acknowledge that—have left their scars, and while those will heal to some degree, they’ll never be gone. And that’s okay. They’ve become part of me now, just like the physical scars I carry.

Can I ask about your health?

[sighs] Yeah. You know it’s not an easy topic for me, but then again, few things are. Math. I can talk about math all day long. Or about dogs. Max is the only one who’s been with me through it all, and I love him more than anything else except for my men.

Right. I just had my five year check up, and everything is clear. Look, testicular cancer is not easy for men to talk about. All I can say is that I got lucky I detected it early and was smart enough to go see a doctor. It’s highly treatable and curable if they catch it early, which was the case for me. But the psychological effects are real.

I knew you wouldn’t. Strangely enough, this is the one subject I’ve gotten better at talking about. Erections are still not a guarantee for me. They’re much more frequent now, but I still can get too much in my head and the equipment won’t work, so to speak. But whereas before, I saw that as shameful, I’m now okay with it. Charlie always jokes that me and Miles cancel each other out, so on average, we’re perfect, and I think he’s right. And honestly, I wouldn’t want to trade with Miles. I have it easier, much easier.

Can I ask about Miles as your Daddy?

How’s that going for you?

Fuck, you sound like Dr. Phil with his ‘How’s that working for you?’. But yeah, it works. He’s… God, I find myself getting all mushy inside, woman. What are you doing to me? Anyway, yeah. I didn’t know I needed a Daddy until Miles figured it out, and then it all clicked. He and Charlie are the best things that ever happened to me…as well as finding this family, this amazing group of men who are just as fucked up as I am, each in his own way. We start every day with a spanking, and I love it. It steadies me, and it helps me to know that I’m seen…and loved. At the end of the day, even I can see that that’s what we all want: to be seen, to be known…and to be loved.

And that was it because I’m one question away from breaking down, and that’s not gonna happen. But thank you, Nora. Thank you for writing our stories down. They matter.

If you want to read Brad’s story, you can read it in No Shame…but make sure to start at the beginning, with No Filter, Indy’s story! Or make it easy and just grab the box set, haha.