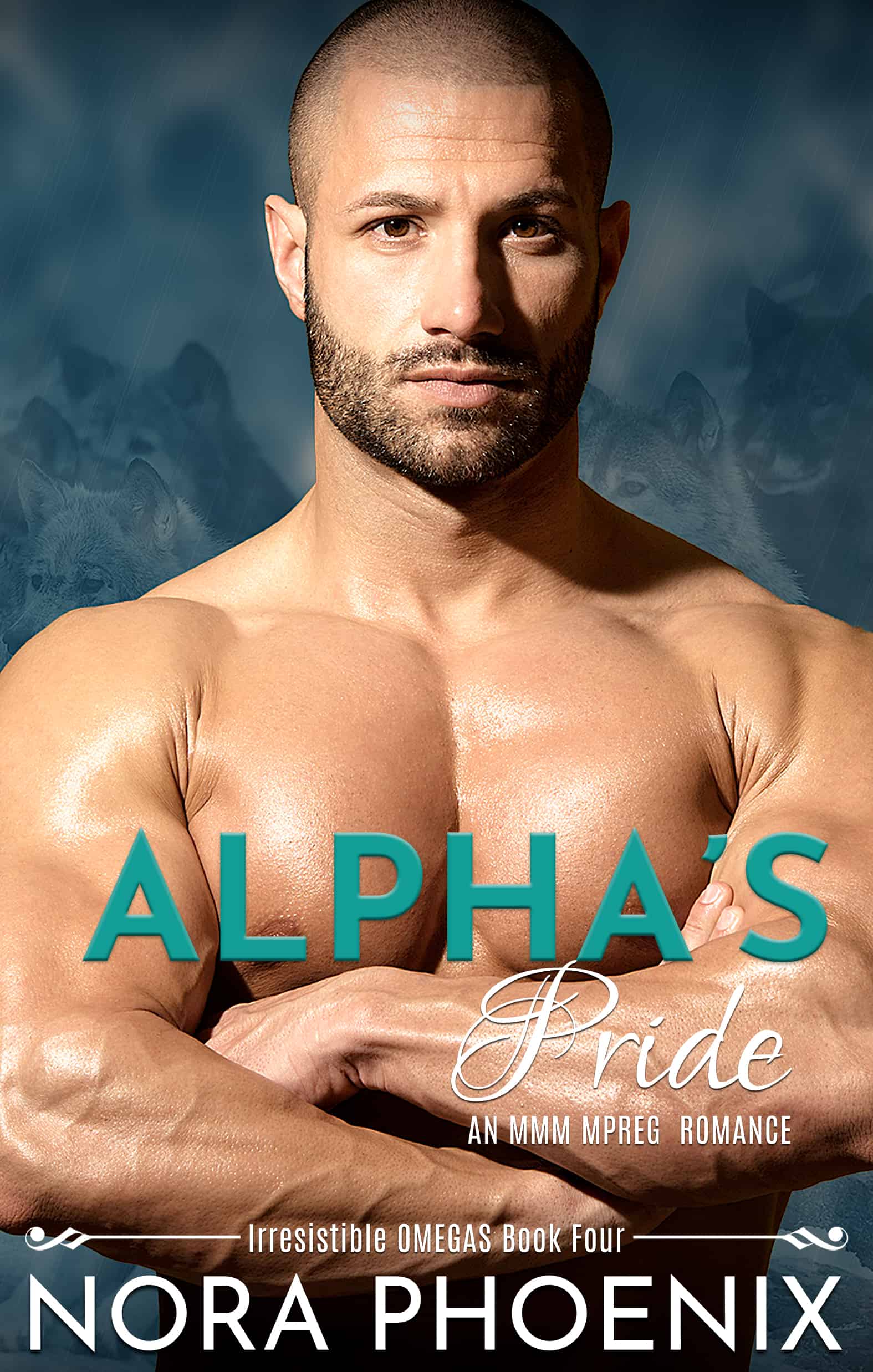 Can a proud alpha, a strong beta, and a single dad omega figure out they belong together?

Alpha Bray knows what he wants: a sweet, pliant omega who will bear him an alpha heir. But first, he wants to have fun. That’s why hooking up with Kean is perfect, even if the beta doesn’t come close to what Bray is usually attracted to. Kean wants more than sex, but Bray isn’t interested.

When single dad Ruari arrives on the PTP ranch with his baby, Kean breaks things off with Bray to pursue Ruari. Bray is hurt, but even more so when he discovers he and Ruari know each other…intimately.

Bray, Kean, and Ruari try to figure out where they each fit as sparks fly, tempers rise, and a stubborn beta and an equally sassy omega prove to be more than a match for a slightly arrogant alpha. Meanwhile, they and their fellow pack members have to take a stand against a rising threat to the pack. When trouble comes, the pack fights back, but it won’t come without a cost.

Alpha’s Pride is an MMM mpreg romance and the fourth book in the continuing Irresistible Omegas series, which combines epic world building with suspense, romance, sexy times, and all the feels. All books need to be read in order and are not stand alones. The love story between Bray, Kean, and Ruari ends on a soft cliffhanger in this book and will continue in the next book.