I’m already 34,000 words into writing the third White House Men book, which means it’s time to reveal the cover and the title! I’m pretty sure this is a pairing that will make you all happy, since many of you have asked me when these two would get a story… Calix and Rhett.

Calix is President Shafer’s chief of staff, a workaholic who lost his husband five years prior in the Pride Bombing. He’s not ready to move on, though he rarely allows himself the time and opportunity to grieve.

Rhett has become the official White House photographer, and he carries his own trauma from that day. Now that his best friend and roommate Levar has found happiness with Henley, Rhett decides it’s time for him to stand on his own two feet. He wants a boyfriend…and he wants sex.

Calix has a weird protective instinct when it comes to Rhett, and when they become friends and he discovers what Rhett wants, he decides to help him find a boyfriend…and lose his V-card. Anyone wanna take a guess how that turns out?

Meanwhile, new revelations come to light about the assassination and nothing is what it seems anymore…

This third book will be called Click and the release date is January 20…Inauguration Day. It seemed like an appropriate day to release a new book in this series, haha. Vicki Brostenianc made the cover, and isn’t Rhett the cutest? 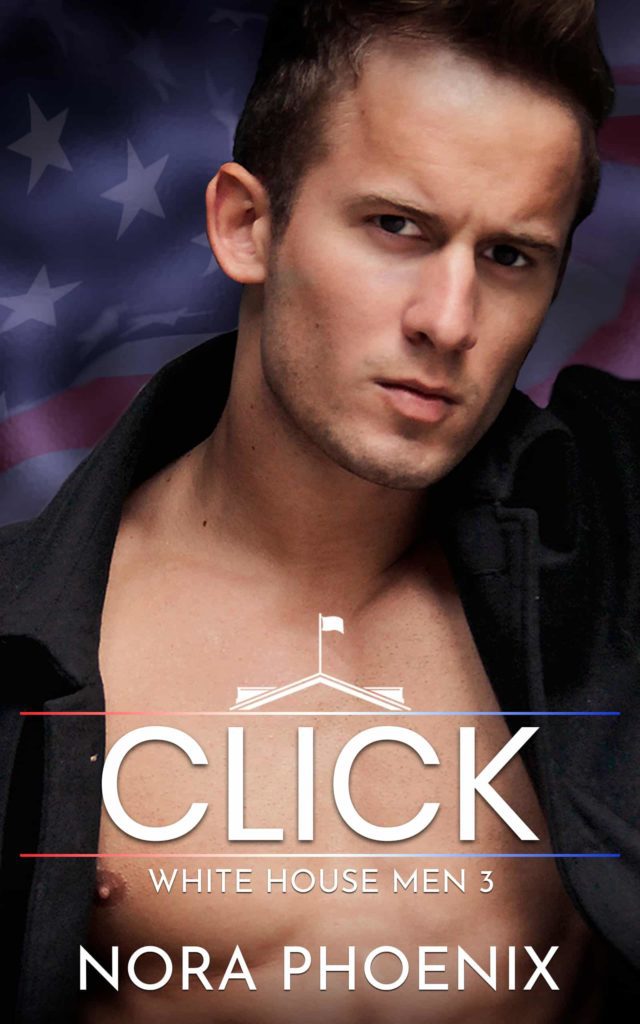 The preorder will go up soon, so keep an eye out for that!