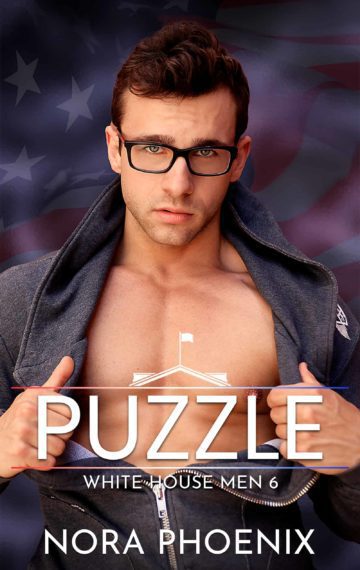 A CIA analyst meets his match in a nerdy forensic accountant…

Branson loves his job as an analyst for the CIA. Working on the investigation into the assassination of the president is fascinating, and even more so when Ryder, a geeky forensic accountant without a filter, joins the team.

But Ryder doesn’t seem to like Branson. At all. And when he explains to Branson why, Branson is forced to face an uncomfortable truth in the mirror Ryder holds up. Somewhere along the way, he lost sight of who he really is.

As they make crucial breakthroughs in the investigation, Branson is determined to change and earn Ryder’s approval. It seems to work when his tentative friendship with Ryder gets benefits added to it. Really good benefits thanks to a bossy bottom who knows what he wants and Branson having just the right tool for the job.

Sparks fly high between them, and much more is at stake than Branson ever thought possible. Can he become a man worthy of Ryder’s love? Can he show Ryder, who’s got his own wounds and baggage, that he has truly changed?