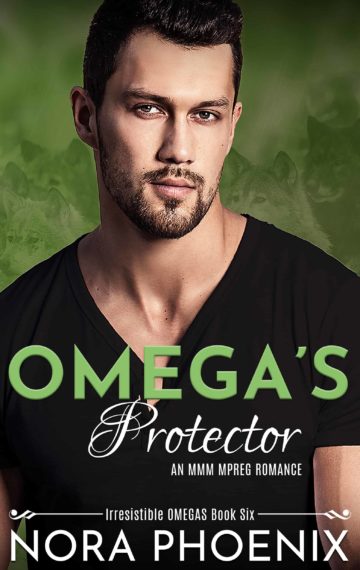 Listen to a sample
$3.99Buy NowRead A SampleSee The ReviewsSee The Full SeriesBuy The Audiobook

When hot alpha cop Sean rescues an omega from being assaulted, he has no idea what fate has in store for him…not one mate, but two.

Sean meets Felix, a nerdy beta lawyer, and Gia, a sassy omega, under unexpected circumstances. He’s not even looking for a boyfriend, far from it, but something sparks between them, something that’s hard to define and impossible to understand rationally.

And that’s not even the strangest thing happening on the ranch that offers them a safe place. The air simmers there, wild and powerful. But what is that power they all feel?

After riding out Gia’s heat together, they find out what secrets the ranch holds, and they have to make a choice. How much stock do they put in fate? And is their short but explosive encounter enough to last or will their connection fizzle out?

Omega’s Protector is a novella (32k words) set in the Irresistible Omegas universe that can be read as a stand alone and has a HEA. In the series timeline, this book fits in right after book five. It’s got heat, sass, a little action, and all the feels. Plus, some familiar faces for fans of the series. The characters from this book will show up in the next books in the series.