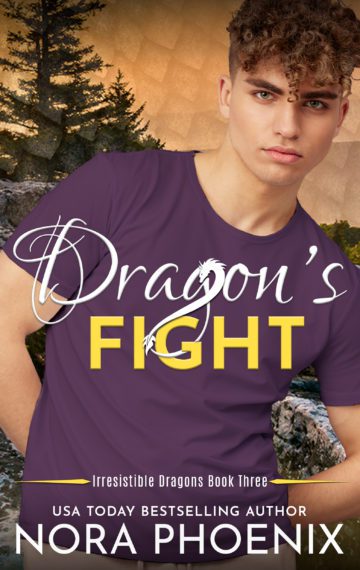 Jermon thought he’d finally found his mates. Will fate now take them away?

Just when alpha dragon Jermon thought he’d found the two men he wanted to spend the rest of his life with, everything came crashing down. Literally.

The guilt about bringing trouble to the Hightower pack is suffocating him. His impulse is to run, but how can he leave when his men need him? Wilmer is slowly recovering, and Riordan is…acting weird. Is it the stress that’s getting to him?

Then Jermon finds out how deadly the threat against the dragons is, and that flight urge only grows stronger. But when the Murphy clan shows Jermon what being a dragon means and teaches him about his magic, Jermon understands running is not an option.

He needs to fight for his men and for his pack.

Dragon’s Fight is the third book in the Irresistible Dragons series, which needs to be read in order. It continues the love story between Wilmer, Jermon, and Riordan and ends with a happily ever after for these three. The bigger plot will continue in the next book.