It took me a little convincing to get Josh to sit down with me for an interview, but he finally agreed. He did have his conditions, the most important one that I couldn’t ask about his involvement in a shooting in Boston. I agreed to that condition, so I won’t. Luckily, I have enough questions left to ask. Make sure to read last week’s interview with Indy as well!

Josh, let’s start at the beginning. What went through your mind during that robbery, when Indy saved you?

[Looks at the floor] I don’t remember anything about the first part. My PTSD causes me to have black outs sometimes, and that was one of them. I remember waking up with someone on top of me, kissing me, and it was the best way I’ve ever come out of an episode. [smiles] Indy still has that effect on me. But I was very confused at first, until I realized what had happened, and then I was just concerned about Indy because he’d gotten hurt. All I could think was that Noah would fix things. He’s a fixer. It’s what he does.

It was also the first time you met Connor…

[giggles] It was. Fuck, he was hot. I liked him from the start, but… I didn’t think he was gay. or even if he was, that he’d be interested in me. I mean, he was this super tough, super sexy cop, and I was… [sighs] Connor says I can’t talk about myself like that anymore, and I guess he’s right. I have changed. I see myself differently now, and I have a better sense of self worth.

What do you love most about Connor?

[laughs cheekily] His cock? There’s a reason I dubbed it The Beast. No, just kidding. I love it, but I would love him without that as well. Connor is… He’s honorable. Strong. And he looks so tough, but he’s got a tender heart. He needs love…and I’ve got a lot of love to give.

Connor is also your Dom. How important is that part of your relationship to you? 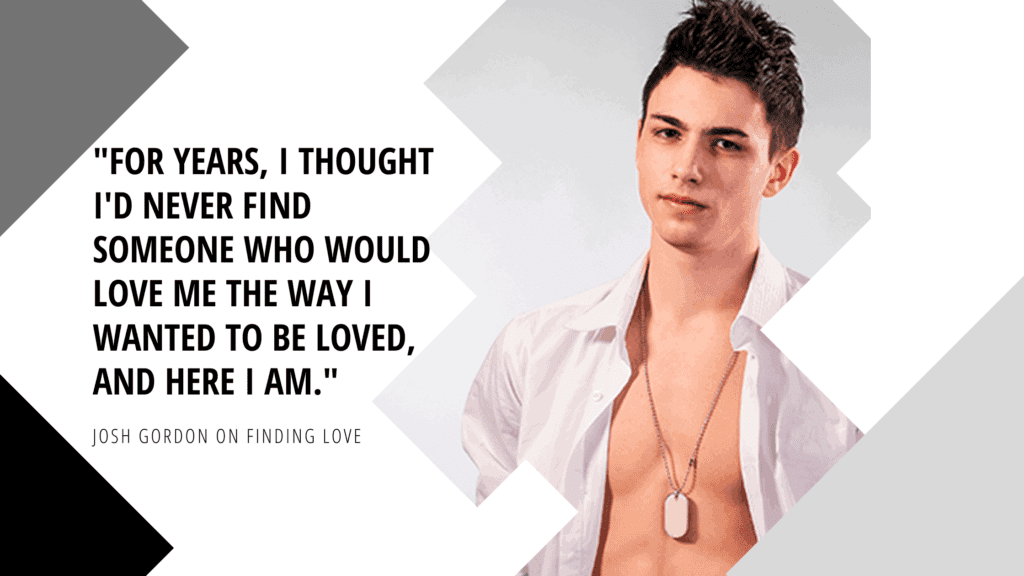 It’s interesting how you’re not shy about that part of your life at all.

[giggles again] Don’t forget that we still have regular sessions with Master Mark…and that there’s no shame about sex or needs in our house. This is how I’m wired, and I shouldn’t apologize for that or be embarrassed. By the way, Nora, you should totally write Master Mark’s story as well. He’s found himself the perfect boy…but I’ll let him tell you that.

Oh, good to know. Thanks for the tip. I’ll make sure to check in with him.

Same with Wander, remember him? He loved what we had built with our family, and he wanted something similar. Well, he found love, too, but in the last place any of us expected it…

Dude, you’re totally teasing me here. Who did he find love with?

[makes a zipper gesture in front of his lips] I’m sworn to secrecy, but ask him. I’m sure he’ll tell you.

You’re a romantic, aren’t you?

I am. [let’s out a happy sigh] I don’t know if it’s because I’m so happy or because I’ve seen love bloom all around me, but I want to see everyone happy now. People deserve love, especially those who don’t think they’ll ever find it… For years, I thought I’d never find someone who would love me the way I wanted to be loved, and here I am.

Noah and I… I don’t think there are words to describe what we mean to each other. Yes, it’s love, but for a long time, it wasn’t a healthy love. We both needed it, and neither of us was in a place to change our dynamic, but Indy and Connor were the best things to ever happen to us. Seeing him this happy… You should see his face when Indy walks into the room. It’s like the sun breaks through the clouds. Indy is the center of his universe, and how can I not be happy for them?

Of Indy or of Noah?

[firmly shakes his head] No. Never. Indy always says that our hearts are too big for jealousy. All I want is for them to be happy, and I’ll be forever grateful for what we’ve built together. By the way, if you want to read my story, Nora wrote it down in No Limits, but make sure to read No Filter first, which is how it all started…