If you’re part of the Reading Past the Realm FB group, you’ve already seen this, but if not, here’s a first look at the cover for Alpha’s Pride. This is book four in the Irresistible Omegas series, and the main characters will be Bray, Kean, and Ruari.

Bray is on the cover and my, my, doesn’t he look like an arrogant know-it-all, haha? I love his pose here, radiating power. And isn’t that baby the cutest? I wonder whose baby that is, wink, wink… 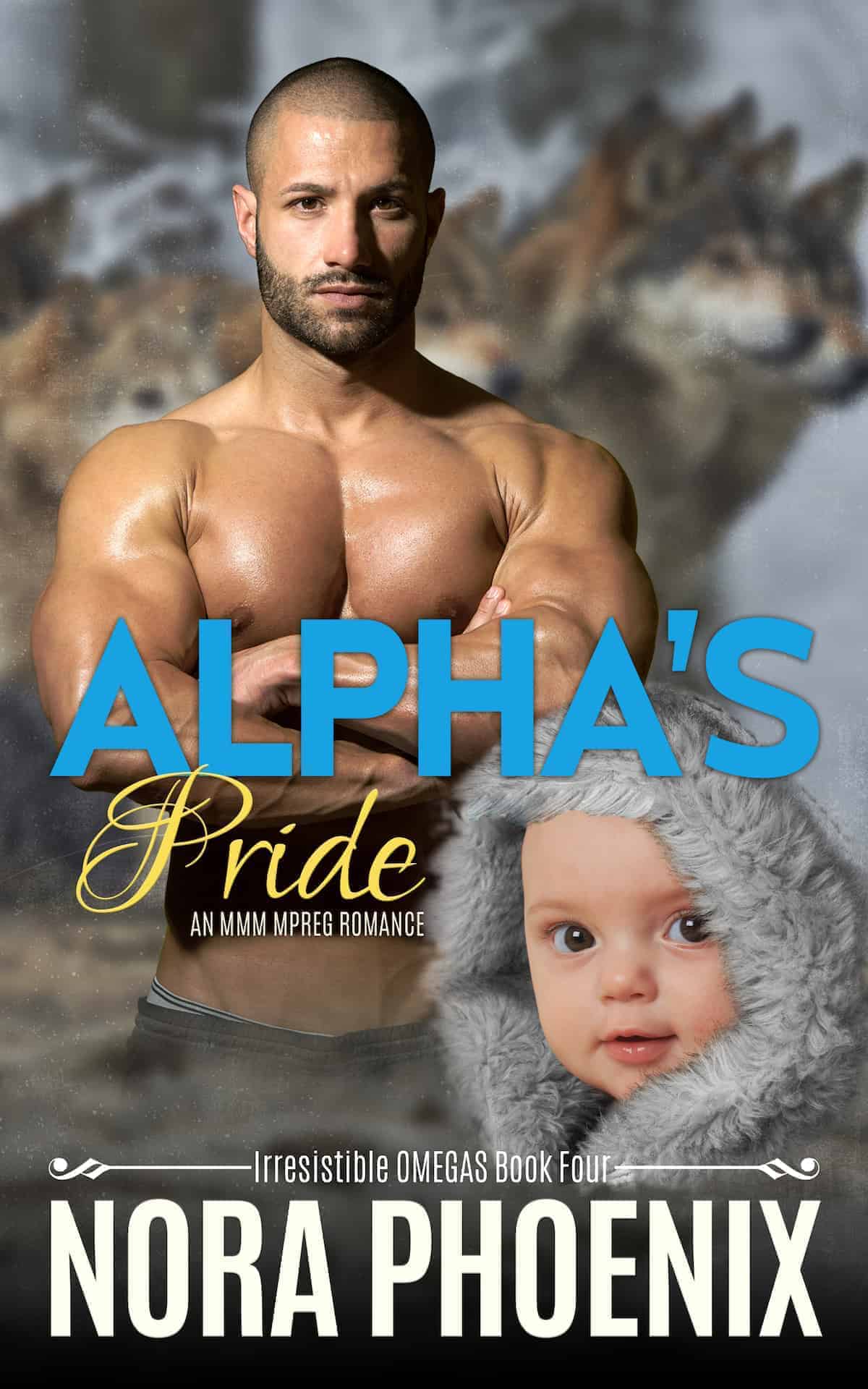 This cover was made by the same designer who created the other covers in this series, Vicki Brostenianc. I absolutely love this cover and it fits perfectly with the whole series.

If you’re curious to see my visual inspiration for the other characters, Kean and Ruari, check out this previous post.

I had hoped to have the official blurb ready by now, but to be honest, Bray has been giving me a bit of a hard time while writing. It seems he wasn’t too happy with the story developments, haha. But I’ve convinced him it will all have a happy end, so the last few days, he’s been cooperating more. Still, there have been a few unexpected plot twists, so I can’t give you a final blurb just yet. But here’s what you can expect:

Bray knows what he wants: a sweet, pliant omega to warm his bed, take care of him, and have his babies. But that’s for later. Right now, he’s happy to keep things casual, especially with beta Kean. They’re hot in the sack, and Bray is all too happy with the mutual satisfactory arrangement of scratching each other’s sexual itches.

Kean thought it would be enough, a sex-only relationship with Bray, but he soon wants more. But Bray has made it crystal clear he’s not interested in a beta. When Kean meets a new omega who moves in on the ranch with his baby, his dreams of having a family of his own become too strong to ignore. But how can he chose between the arrogant alpha he can’t forget and the strong omega who steals his heart?

Ruari got thrown a curveball in life when he got pregnant after a stranger helped him through his heat. He’s on his own now, struggling, and when he gets a chance to stay at the ranch for a while with his infant son Jax, he grabs it with both hands. He’s too scared of his past to hope for a future with Kean, and when he discovers his baby’s alpha father is on the ranch as well, he figures all hope for a happy ending for him is lost.

Can these three figure out that they belong together?

Meanwhile, everyone else on the ranch has their issues as well, ranging from an unexpected pregnancy to increased libido, more omegas who need help, and a rising threat against the pack. When things escalate, their motto becomes more clear than ever: Protect the Pack.

I hope you guys are excited to read this story. I know I can’t wait to show you some more!